What I need now is a new micro switch, the one which is fitted to its small PCB. I also need a new on/off button and the A-B button and the rubber gasket that the button head fits to. Do the micro switches come with like a nylon ‘top hat’ that fits over the microswitch button as only one of the microswitches on this trolley has one? The replacement potentiometer for the controller has a spare pair of on/off tags, could these be used instead of the on/off button, although the original micro switch is an ‘operate and release’ type whereas the switch on the potentiometer would be permanently on or off. Also is the potentiometer/track strong enough to cope with the continual operation to control the trolley instead of using the on/off button, but I know Dave prefers to stop/start it with the button rather than the potentiometer?

Thanks for your detailed description, it makes it easier to determine the faults. I only work P/T because I look after my elderly mother who suffers from dementia, so manning the phone is difficult.

The micro-switch only comes as fitted in the PCBs, I can’t get them separately. This is also the case for the rubber contact caps that fit onto the switches themselves. All of these micro-switches should have the rubber plastic caps fitted to them, this enables them to make contact with the handle display cover. The newer models and all the circuits we sell now come with a full rubber cover. These cover the whole circuit board while also acting as a contact for the handle display controls, replacing the small caps. See the photo attached.

With regards to the speed switch control. I believe the spare pair of contacts on the speed control switch (potentiometer) is for the click stop, but I have never tried or seen them work with the current models of electric golf trolleys or their controllers. I believe the Potentiometer track and wiper can take the continual use of sweeping the complete resistance track. 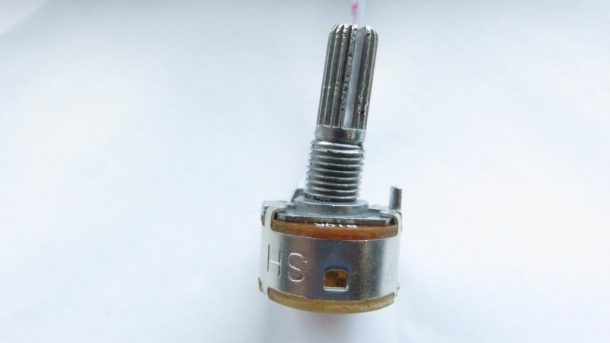 This I know as I have been using it myself for the last few years without a problem. Nearly all problems for the speed control switch arise from them getting a knock, this can then cause the component to miss the track when rotating around due to the damage of the stem angle.

This site uses Akismet to reduce spam. Learn how your comment data is processed.